Items related to The Complete Beyond the Fringe (Methuen Humour Classics)

The Complete Beyond the Fringe (Methuen Humour Classics) 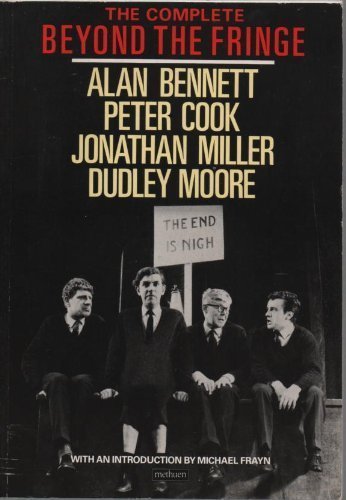 From its opening at London's Fortune Theatre in May 1961 "Beyond the Fringe" played for several years to packed houses, and later transferred to Broadway. It changed the face of revue and re-established social and political satire in England as recognized and powerful weapons in the comedian's armoury. This complete original script of the show includes Alan Bennett's cleric, Peter Cook's miner, Dudley Moore's parody of Britten and Jonathan Miller's saga of the blue trousers. The book also contains the music of Moore's songs, the texts of a number of the sketches included in the subsequent Broadway production, an account by Roger Wilmut of the performance history of the show, and postscripts written by three of the authors 25 years after the event.

4. The Complete Beyond the Fringe (Methuen Humour Classics)