Items related to The Law of Refugee Status

The Law of Refugee Status 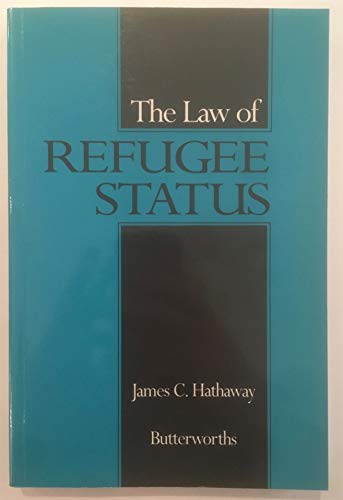 The definition of "refugee" embodied in the United Nations' 1951 Refugee Convention and its 1967 Protocol has been subscribed to by over a hundred states. Many of them, including Canada, have chosen to incorporate the definition in their domestic legislation, where it has worked its influence on decisions covering the granting of asylum or other forms of protection. James Hathaway's book provides an account and analysis of the 1951 Convention. He distinguishes five key elements of the refugee definition - alienage, risk to life or freedom, the failure of the home state to protect basic human rights, vulnerability on grounds of race or social group, and recognized exceptions to the asylum state's duty of protection - and examines it against the background of its drafting history and the decisions of determination authorities, appeals tribunals and the courts. Although he uses Canadian case law as a means to this end, the legal dilemmas he confronts apply in all countries bound by the convention.

1. The Law of Refugee Status

Book Description Butterworths Law (Canada), 1993. Condition: Fair. This is an ex-library book and may have the usual library/used-book markings inside.This book has hardback covers. In fair condition, suitable as a study copy. No dust jacket. Please note the Image in this listing is a stock photo and may not match the covers of the actual item,600grams, ISBN:0409914797. Seller Inventory # 7414793

Book Description Lexis Pub 1991-06-01, 1991. Paperback. Condition: Good. Item is in good condition. Some moderate creases and wear. This item may not come with CDs or additional parts including access codes for textbooks. Might be an ex-library copy and contain writing/highlighting. Photos are stock pictures and not of the actual item. Seller Inventory # DS-0409914797-3

3. The Law of Refugee Status