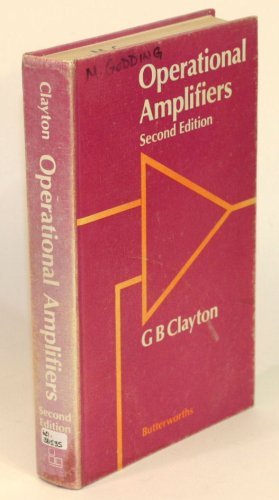 One of the most successful books written on Operational Amplifiers now revised and fully updated. Not only suitable for students at HNC/Diploma level but also forms a source of reference for practising electronic engineers concerned with the theory and use of operational amplifiers. Features of the third edition: Updated circuit diagrams Data about the latest devices available Information on technologies and developments in the 1990's

Steve Winder specializes in designing circuits for telecommunications applications, but has experience in a number of fields. As the current European Applications Engineer for Supertex Inc. Steve works alongside design engineers throughout Europe to design circuits using components made by Supertex, a U.S. based manufacturer of high voltage MOSFETs, CMOS integrated circuits and ASICs. Prior to joining Supertex, Steve was for many years a team leader for a group of analogue and digital design engineers at British Telecom's research and development laboratories, now known as Adastral Park, based near Ipswich, UK. Here, Steve applied his analytical skills to many technical areas but specialized in wideband analogue and digital transmission systems using copper pairs and optical fibre. In this role, Steve's strength was in radio frequency design, low-power design, low-noise design and systems engineering.