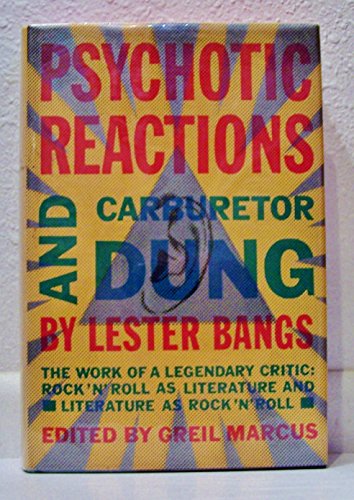 Before his death aged 33 in 1982, Lester Bangs wrote wired, passionate pieces on Barry White, Iggy Pop, The Clash, John Lennon, Lou Reed: 'I always wanted to emulate the most self-destructive bastard I could see, as long as he moved with some sense of style. Thus Lou Reed.' To his journalism, he brought the talent of a great fiction writer. As Greil Marcus writes in his introduction: 'What this book demands from a reader is a willingness to accept that the best writer in America could write almost nothing but record reviews.'

Bangs was one of the best writers ever to appear on newsprint... When he died, American culture lost one of its most astute, ornery, funniest and most soulful observers (New York Times)

A marvellous collection... It will unquestionably teach you more about rock music and the appreciation thereof than a two-year subscription to all of the current British rock papers and mags (Time Out)

A superb collection... Wild and funny and unpredictable. Lester Bangs was a great American writer who happened to write about rock'n'roll (Rolling Stone)

The essential writings of the greatest music writer of the twentieth, or any, century, reissued as a Serpent's Tail Classic