Items related to In the Beginning

Potok, Chaim In the Beginning 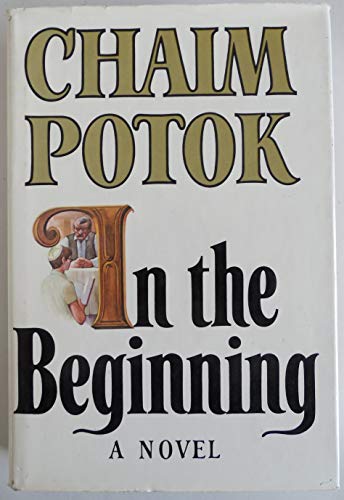 Famous Biblical scholar David Lurie recalls his education, the origins of his determined pursuit of the truth, and his personal and spiritual beginnings as they evolved against the backdrop of immigrant Jewish family life, Depression, World War, and Holocaust

Chaim Potok was born in New York City in 1929. He graduated from Yeshiva University and the Jewish Theological Seminary of America, was ordained as a rabbi, and earned his PhD in philosophy from the University of Pennsylvania. He also served as editor of the Jewish Publication Society of America. Potok's first novel, The Chosen, published in 1967, received the Edward Lewis Wallant Memorial Book Award and was nominated for the National Book Award. He is author of eight novels, including In the Beginning and My Name Is Asher Lev, and Wanderings, a history of the Jews. He died in 2002.

All beginnings are hard--that is the lesson David Lurie learns early and painfully in his life. As a boy in the Depression-shadowed Bronx, he must begin to hold his own against neighborhood bullies and the treacherous frailties of his own health. As a young man in a world menaced by a distant, horrifying war, he must begin once more--this time to define a resolute path of personal belief that departs boldly from the tradition of his teachers and his own father, a courageous defender of their people.