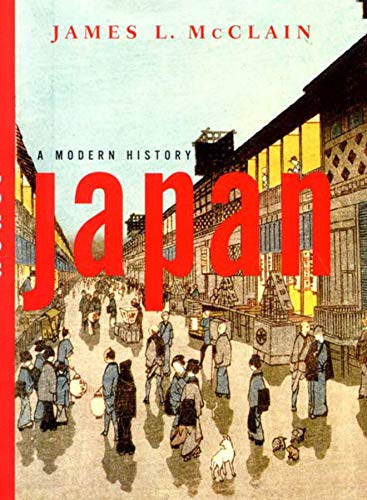 This text conveys the turbulent political, economic and social change that over four centuries positioned Japan as a modern world power. This narrative examines the impact of towering figures such as Leyasu, the architect of the Tokugawa state, and the experiences of everyday Japanese - farmers, soldiers and women - whose struggles built a strong and prosperous nation. The work traces the advances and reversals marking Japan's path from a land ruled by lords and a warrior class to a modern parliamentary democracy, and from a small isolationist nation to a political and economic giant. This history text is also seasoned with Japanese culture throughout - the woodblock prints of Hiroshige and Hokusai, the exquisite haiku of Basho, the beauties of noh drama, the novels of Oe Kenzaburo and the films of Ozo.

James L. McClain is professor of history at Brown University and the award-winning author of Kamazawa: A Seventeenth Century Castle Town. He and his family live in Providence, Rhode Island.