Items related to The Norton Anthology of English Literature: v. 2 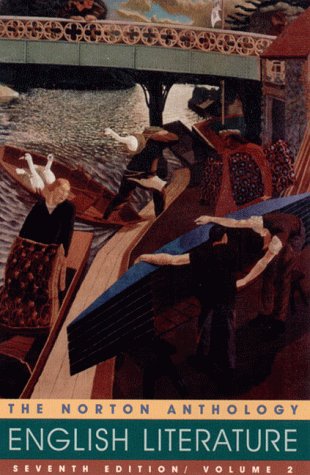 This seventh edition's thoroughly revised text incorporates recent scholarly developments while retaining the elements that have made the anthology useful in the past. New features includes a broader representation of women writers of all historical periods such as Marie de France, Frances Burney, Charlotte Smith, Mary Robinson, Elizabeth Gaskell and Eavan Boland; a richer treatment of post-Colinial writers such as Jean Rhys, Chinua Achebe, V.S. Naipaul, Anita Desai, Les Murray, Salman Rushdie, J.M. Coetzee and Paul Mundoon; and a new set of cultural and thematic "Issues" such as "The Literature of the Sacred", "The Science of Self and World", "Slavery and Freedom", "Revolution, Rights and Liberation" and "The Rise and Fall of Empire". The period introductions, author headnotes, annotations and bibliographies have been revised and many have been rewritten for this edition. The highlight of this edition is a new verse translation of "Beowulf" by Seamus Heaney.

4. THE NORTON ANTHOLOGY OF ENGLISH