Items related to The Norton Anthology of World Religions: Islam 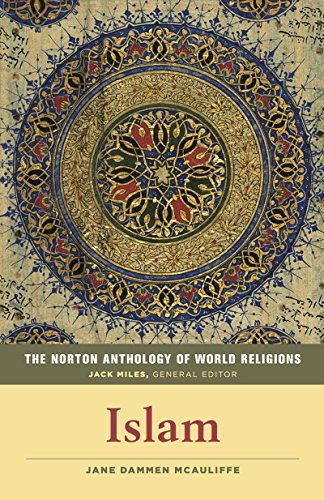 This magisterial Norton Anthology, edited by world-renowned scholars, offers a portable library of more than 1,000 primary texts from the world's major religions. To help readers encounter strikingly unfamiliar texts with pleasure; accessible introductions, headnotes, annotations, pronouncing glossaries, maps, illustrations and chronologies are provided. For readers of any religion or none, The Norton Anthology of World Religions opens new worlds that, as Miles writes, invite us "to see others with a measure of openness, empathy, and good will..." Unprecedented in scope and approach, The Norton Anthology of World Religions: Islam brings together over 100 texts from the Qur'an in the seventh century to feminist and pluralist readings of the Qur'an in the twenty-first century. The volume features Jack Miles's illuminating General Introduction-"How the West Learned to Compare Religions"-as well as Jane Dammen McAuliffe's "Submission to God as the Wellspring of a Civilization," a lively primer on the history and core tenets of Islam.

Jane Dammen McAuliffe (Ph.D. University of Toronto), the inaugural director of National and International Outreach at the Library of Congress, is the editor of the six- volume Encyclopaedia of the Quran and the Cambridge Companion to the Quran. She is a former president of Bryn Mawr College and a former dean of arts and sciences at Georgetown University. Jack Miles (Ph.D. Harvard) is Distinguished Professor of English and Religious Studies with the University of California at Irvine and Senior Fellow for Religious Affairs with the Pacific Council on International Policy. He spent 1960-70 as a Jesuit seminarian, studying at the Pontifical Gregorian University in Rome and the Hebrew University in Jerusalem before enrolling at Harvard University, where he completed a Ph.D. in Near Eastern languages in 1971. His book GOD: A Biography won a Pulitzer Prize in 1996, and Christ: A Crisis in the Life of God led to his being named a MacArthur Fellow for 2003-07.