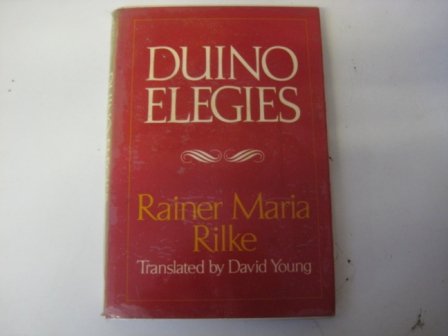 Named after the Castle of Duino on a rocky headland of the Adriatic, the "Duino Elegies" speak in a voice that is both intimate and majestic on the mysteries of human life and our attempt, in the words of the translator, "to use our self-consciousness to some advantage: to transcend, through art and the imagination, our self-deception and our fear".

RAINER MARIA RILKE (1875-1926) is widely regarded as the greatest German language poet since Goethe. Rilke worked for some time as Rodin's secretary at Meudon, and the sculptor's example lies behind the `new' bias of the poems of 1907 and 1908. These Neue Gedichte-the New Poems-are among the most accessible works by this outstanding lyric poet.

Book Description Norton & Company, Incorporated, W. W. 15. Condition: Good. New Ed. Former Library book. Shows some signs of wear, and may have some markings on the inside. Seller Inventory # GRP97931602

Book Description Norton. Hardcover. Condition: Good. A copy that has been read, but remains in clean condition. All pages are intact, and the cover is intact. The spine may show signs of wear. Pages can include limited notes and highlighting, and the copy can include previous owner inscriptions. At ThriftBooks, our motto is: Read More, Spend Less. Seller Inventory # G0393044823I3N00

Book Description Norton, 1978. Condition: Good. A+ Customer service! Satisfaction Guaranteed! Book is in Used-Good condition. Pages and cover are clean and intact. Used items may not include supplementary materials such as CDs or access codes. May show signs of minor shelf wear and contain limited notes and highlighting. Seller Inventory # 0393044823-2-4