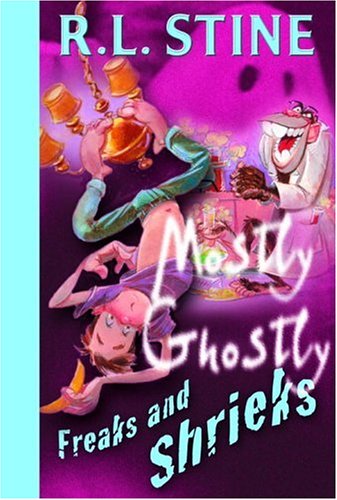 When Max makes a deal with the two ghosts inhabiting his bedroom in order to find out how these friends became spirits, he must switch brains with the only witness to the event, a chimpanzee.

R. L. Stine began his writing career when he was nine years old, and today he has achieved the position of the bestselling children’s author in history. In the early 1990s, Stine was catapulted to fame when he wrote the unprecedented bestselling Goosebumps® series, which sold more than 250 million copies and became a worldwide media phenomenon.