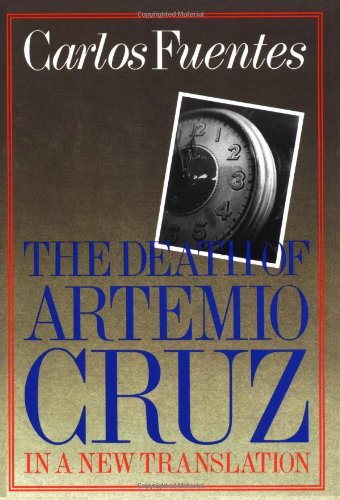 "This is more than a retranslation of a masterpiece. It amounts to a restoration: here is the magnificent book that Fuentes wrote originally, superbly rendered by Alfred Mac Adam into an English version that precisely meshes with Fuentes's Spanish." --Douglas Day

"Carlos Fuentes is perhaps the only living Latin-American writer who has it in him to do for his country what Euclides da Cunha did for Brazil in Os Sertoes, and to make the passion of the land's rebirth and repossession comprehensible to the outsider." --Anthony West, The New Yorker

"Remarkable, in the scope of the human drama it pictures, the corrosive satire and sharp dialogue." --Mildred Adams, The New York Times Book Review

Carlos Fuentes, born in Panama in 1928, has received many awards for his accomplishments as a novelist, essayist, and commentator, among them the Cervantes Prize. He is the author of more than twenty books, most recently (in the United States) Inez. Other Fuentes titles from FSG include Aura, The Old Gringo, and The Good Conscience. He divides his time between Mexico City and London.

1. The Death of Artemio Cruz. Translated from the Spanish By Alfred Mac Adam

2. The Death of Artemio Cruz: A Novel

3. The Death of Artemio Cruz: A Novel

4. The Death of Artemio Cruz: A Novel