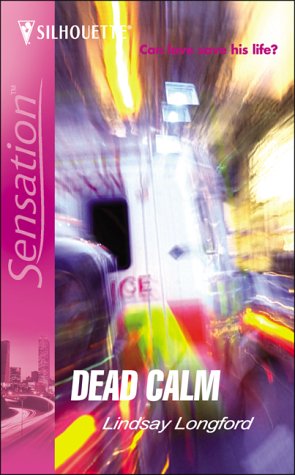 But when the discovery of an abandoned baby brought him back into the arms of his lost love, he realized he would have to find a new way of looking at the world or risk losing the woman of his dreams. Dr. Sophie Brennan had always been able to see through Judah's bitterness into the loner's heart, but she could never convince him that he was worthy of love.

As they worked to save the baby, they tried to stay out of each other's arms, but their old passion was too powerful to resist. Could their love survive a second chance?

IMMEDIATE DISPATCH FROM UK STOCKIST - ALL PROCEEDS GO TO THE JEC MEMORIAL NATURE RESERVE, BANKS OF THE LITTLE OUSE, SUFFOLK - Will dispatch Internationally, by air mail.

Lindsay Longford is the award-winning, bestselling author of 16 romance and romantic suspense novels for Silhouette. Her books have been nominated for several awards, among which she has won the prestigious Rita and Romantic Times' awards.A former high school English teacher with an MA in literature, she began writing romance because she wanted to create stories that touched readers' emotions by transporting them to a world where good things happened to good people and happily-ever-after is possible with a little work.A native Floridian, she now lives in the midwest, far from the gulf of her childhood that she revisits in her stories and shares with her readers.