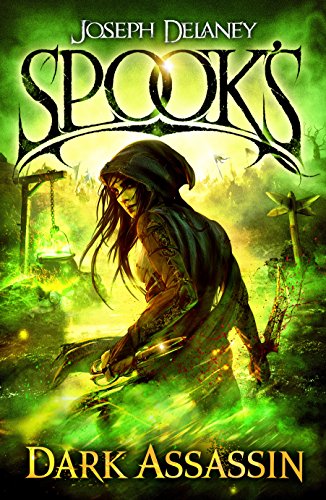 The third chilling instalment in the new Spook’s legend . . .

An assassin lurks in the darkness between earth and oblivion – but who are they, and what is their mission?

The people of the County live in fear of the beasts bent on bringing the war to their home. How can they possibly hope to survive when their fearsome enemies are fortified with the power of a god?

Could the creature that moves in the darkness be the saviour the County seeks?

Praise for A New Darkness: 'A solid, suspenseful, and spooky adventure' Publishers Weekly
Praise for The Dark Army: 'Unbeatable stuff for readers who like to be terrified!' Andrea Reece, lovereading4kids

The third chilling instalment in the new Spook’s legend . . .

Someone stirs between Earth and oblivion: an assassin with a thirst for the blood of the creatures who sent her into this darkness.

Above her, in the County they call home, the Spook and his apprentice have been lured by these same beasts into a deadly trap. Not only the County is under threat; the future of all people hangs in the balance, caught in a supernatural struggle between beings of the utmost power. And forces from both the dark and the light must stand side by side in the ultimate battle for the entire world.