Items related to Over The Edge

Kellerman, Dr Jonathan Over The Edge 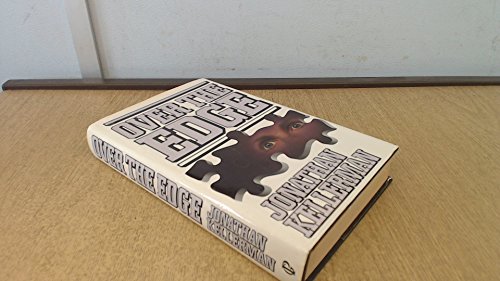 The case against Jamey Cadmus seems open and shut. Found clutching a bloody knife at the scene of a horrifying double murder, he's a prime suspect in a series of killings that have rocked Los Angeles. Even his lawyer won't do more than plead diminished responsibility.

OVER THE EDGE is a compulsive page-turner...filled with insight, charged with suspense, and laced with just enough humour to make the whole thing sparkle. This one is simply too good to miss (Stephen King)

The past is a dangerous place to revisit for psychologist Alex Delaware in this compulsive, intelligent thriller

Book Description Hardback. Condition: Very Good. The book has been read, but is in excellent condition. Pages are intact and not marred by notes or highlighting. The spine remains undamaged. Seller Inventory # GOR002263459

Book Description Hardback. Condition: Good. The book has been read but remains in clean condition. All pages are intact and the cover is intact. Some minor wear to the spine. Seller Inventory # GOR001863089

Book Description Little, Brown, 1987. Hardcover. Condition: Good. In good used condition however shelf wear and bumps to edges of cover. Marks to cover. Tanning to pages and discolouring to cover. Creasing to cover. Shipped from the UK within 2 business days of order being placed. Seller Inventory # mon0000134844