Items related to Emmerdale Farm: The couple at Demdyke Row 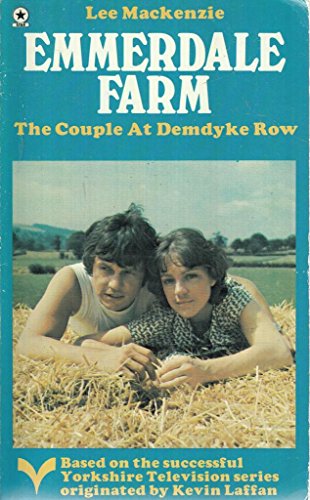 Beck is 40 years of American music all rolled into one small frame. This biography follows his career from Los Angeles busker, to his first ever single, "Loser", to his status today as a musician considered by many to be extremely innovative. It also closely examines the man behind the music.

From the massive success of his very first single, the slacker-anthem Loser in 1994, to the release of albums such as Mutations and Midnite Vultures, Beck has consistently produced some of the most inventive and influential music of recent years. Despite significant critical and commercial success, however, little is known of the man himself. Rob Jovanovic's beautifully presented book seeks to rectify this omission.

In attempting to "closely examine the man behind the music", Jovanovic's chief obstacle has been his lack of access to Beck himself, this determining that the majority of the information given is well-arranged but essentially second-hand extracts from past media pieces. However, while the results of such cut-and-paste biographies are often disappointing, the combination of Beck's often inspired responses to standard music journalist's questions(such as his description of his debut album as "a satanic K-Tel record that's been found in a trash dumpster") and the attention to detail displayed throughout ensure an interesting, often amusing read. Details are given of every song Beck has recorded, along with analyses of his artwork, videos and TV performances, all accompanied by illuminating though brief interviews with fellow musicians and producers.

Ultimately, it could be said that Beck's music may well be deserving of amore incisive investigation, of the kind Ian MacDonald's Revolution in the Head afforded the Beatles. In the meantime, though, Jovanovic's book provides an excellent overview of a fine artist. --Steve Price

Book Description Star, 1979. Paperback. Condition: Good. All orders are dispatched the following working day from our UK warehouse. Established in 2004, we have over 500,000 books in stock. No quibble refund if not completely satisfied. Seller Inventory # mon0004937066

Book Description Ebury Publishing, 1979. Condition: Good. Ships from the UK. Shows some signs of wear, and may have some markings on the inside. Seller Inventory # GRP8112956

Book Description Paperback. Condition: Very Good. The book has been read, but is in excellent condition. Pages are intact and not marred by notes or highlighting. The spine remains undamaged. Seller Inventory # GOR003752384

Book Description Paperback. Condition: Good. The book has been read but remains in clean condition. All pages are intact and the cover is intact. Some minor wear to the spine. Seller Inventory # GOR003254849

Book Description Paperback. Condition: Fair. A readable copy of the book which may include some defects such as highlighting and notes. Cover and pages may be creased and show discolouration. Seller Inventory # GOR003257805

Book Description Star, 1979. Paperback. Condition: Good. Outline:- This is a vintage edition and will be subject to the effects of aging >>Sorry Synopsis Not Available-> the publiser of this PAPERBACK book is Star in 1979 it has null pages booksalvation have grade it as Good and it will be shipped from our UK warehouse shipping is Free for UK buyers and at a reasonable charge for buyer outside the UK. book. Seller Inventory # 9780352303349BL8111