Items related to The Bottle Factory Outing: Shortlisted for the Booker...

The Bottle Factory Outing: Shortlisted for the Booker Prize, 1974 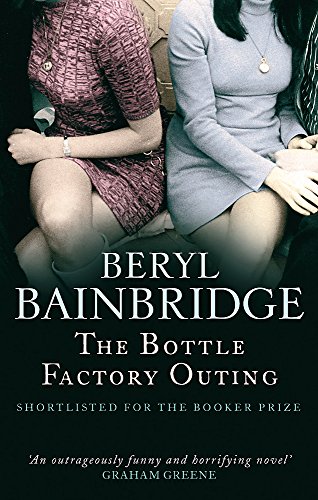 Short-listed for the Booker Prize and named 'one of the greatest novels of all time' by The Observer, this riveting novel which was recently adapted on BBC Radio 4 shows Beryl Bainbridge at her darkly comic best.

Freda and Brenda spend their days working in an Italian-run wine-bottling factory. A work outing offers promise for Freda and terror from Brenda; passions run high on that chilly day of freedom, and life after the outing never returns to normal.

Inspired by author Beryl Bainbridge's own experiences working at a London wine-factory in the 1970s, The Bottle Factory Outing examines issues of friendship and consent, making the novel timelier than ever. Readers will be dazzled by this offbeat, haunting yet hilarious Guardian fiction prize-winning novel.

This is a superb novel. It is taut in construction, expansive in characterization, vibrant in atmosphere and profoundly comic (The Times)

The masterful restraint of Beryl Bainbridge's sentences reveals an author in complete control of her artistry, while the book itself displays unexpected political aptness...It is, in short, superb prose. There are perhaps few sentences that stand out as individual gems. But there are also few writers who offer more control and delight line-by-line (Sam Jordison Guardian)

After turning the final page of The Bottle Factory Outing, one can only gasp, and grope for the right word...Such an atmosphere of impending doom has not been created since Brighton Rock - except that Beryl Bainbridge is mercilessly comic instead of being mercilessly vicious. Specialising in successive denouements, and with her gift for collecting the most amazing detail, she is so in control of her marvellous little story that one hangs on her words from first to last. What originality, what pleasure (Sunday Times)