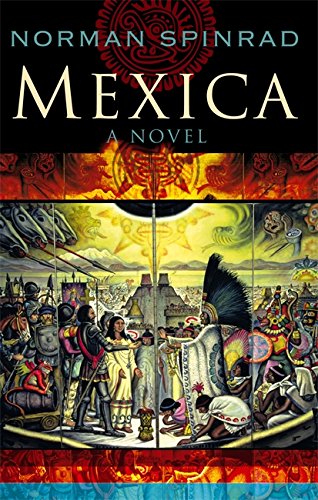 The year is 1531. In a small hut on the slopes of the volcano Popocateptl, scholar and poet Alvaro de Sevilla reflects on his extraordinary life. For Alvaro was one of the small army of conquistadors who, some years earlier, set out to conquer an empire ...

Hernando Cortes is a man driven by his desire for gold and glory - in the name of his God and his country. Having been proclaimed a reincarnation of the god Quetzacoatl, the Feathered Serpent, shortly after his arrival in the New World, Cortes takes advantage of the hatred for the central state of Mexica - and their superstition - to force his way to the capital city. There he will meet Montezuma, the Aztec Emperor, who at first welcomes the conquistadors to his city, showering them with gold.

But it is an encounter between two civilisations - two worlds - that can only end in chaos, death and destruction.

From the author of THE DRUID KING, an extraordinary new historical novel based on the Spanish Conquest of the Aztec empire in the 16th century

Born in New York in 1940, Norman Spinrad has been an acclaimed SF writer, editor and critic since the mid 1960s. MEXICA is his second historical novel.

Book Description -. Paperback. Condition: Very Good. Mexica This book is in very good condition and will be shipped within 24 hours of ordering. The cover may have some limited signs of wear but the pages are clean, intact and the spine remains undamaged. This book has clearly been well maintained and looked after thus far. Money back guarantee if you are not satisfied. See all our books here, order more than 1 book and get discounted shipping. Seller Inventory # 7719-9780349119045