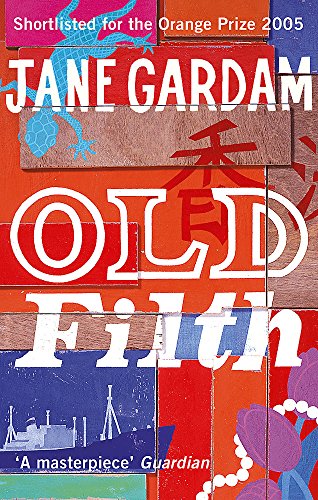 FILTH, in his heyday, was an international lawyer with a practice in the Far East. Now, only the oldest QCs and Silks can remember that his nickname stood for Failed In London Try Hong Kong.

Long ago, Old Filth was a Raj orphan - one of the many young children sent 'Home' from the East to be fostered and educated in England. Jane Gardam's new novel tells his story, from his birth in what was then Malaya to the extremities of his old age.

Brilliantly constructed - going backwards and forwards in time, yet constantly working towards the secret at its core - OLD FILTH is funny and heart-breaking, witty and peopled with characters who astonish, dismay and delight the reader. Jane Gardam is as sensitive to the 'jungle' within children as she is to the eccentricities of the old.
A touch of magic combines with compassion, humour and delicacy to make OLD FILTH a genuine masterpiece.

I recommend it wholeheartedly for its economy, breadth of narrative, and its insight, humour and pathos (Tracey Thorn Mail on Sunday)

A well-executed plot, fascinating characters, humorous moments, varied settings, a study of the ageing process; this book is a thoroughly enjoyable read and offers plenty for discussion. (NEW BOOKS MAGAZINE)

A novel of great perception and quietly killing prose. (INDEPENDENT)

Gardam invents an apparently composed character, and then disassembles him into pieces which- on closer inspection-look jagged and in poor repair: unhappy memories, cooled emotions, a broken heart. (INDEPENDENT ON SUNDAY)

Gardam, the supreme novelist of young girls, also does old age brilliantly and proves that she can penetrate the male psyche too. (GUARDIAN WEEKLY)