Items related to The Future Of Life

The Future Of Life 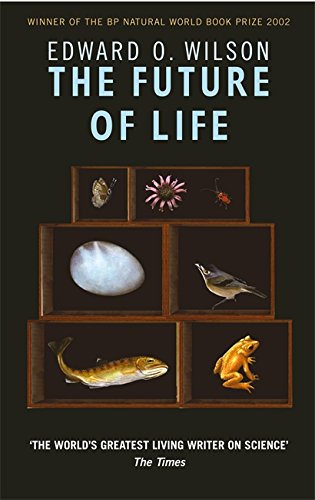 Our world is far richer than previously conceived, yet so ravaged by human activity that half its species could be gone by the end of the present century. These two contrasting themes--unexpected magnificence and underestimated peril--have originated during the past two decades of research. In this timely and important new book, one of our greatest living scientists describes exactly what treasures of the natural world we are about to lose forever and what we can do right now to save them. Destruction of natural habitats, the rampant spread of invasive species, pollution, uncontrolled population growth and overharvesting are the main threats to our natural world. Wilson explains how each of these elements works to undo the web of life that supports us, and why it is in our best interests to stop it.
THE FUTURE OF LIFE is a magisterial accomplishment - both a moving description of the world's astonishing animals and plants and a guidebook for the protection of all its species, including our own.

As EO Wilson's important The Future of Life reminds us, our own success as a species has been paid for by the wholesale destruction of other forms of life. The more we learn about our own prehistory, the more we realise that this has been going on for a very long time. On the other hand, the more we understand about the environment, the more we realise that the economic and industrial developments of the last couple of hundred years have given this age-old problem a new and terribly urgent spin.

The facts are incontrovertible. But how do we interpret them? Something exciting is happening. The old head-to-head between the economists and the environmentalists is giving way to a more sophisticated, constructive debate. Arguably, that debate entered the public realm with statistician Bjorn Lomborg's brilliantly argued and controversial The Skeptical Environmentalist, which presented hard data on the state of the environment. Things are bad, Lomborg argued, but they are not insoluble.

EO Wilson's moving and poetic book is, at its core, just as hard-headed. While adopting a much more eco-friendly tone than Lomborg, Wilson is guardedly optimistic, as he describes the ethical, political and economic thinking that may yet save the planet while providing for a just and equitable future for the world's teeming poor. The old head-to-head is dead. The Future of Life is a moving, impassioned and constructive future bible of the new environmentalism. --Simon Ings

One of the clearest and most dedicated popularizers of science since T.H.Huxley (TIME.)

1. The Future of Life

2. The Future of Life

3. The Future of Life

4. The Future of Life