Items related to As If I Am Not There

Drakulic, Slavenka As If I Am Not There

As If I Am Not There 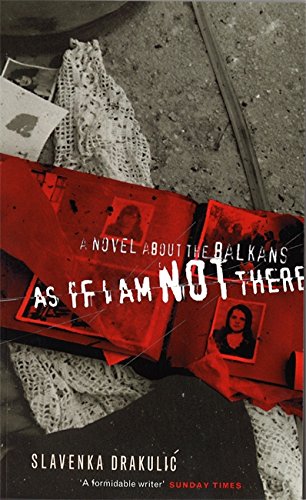 This is a story of hope and survival amidst the Balkan tragedy. S., a teacher in a Bosnian village, is 29 when war breaks out. One day a young Serbian soldier walks into her kitchen and tells her to pack her bag. She is taken to a concentration camp where there is a mysterious room. She soon finds out what it's for - the Serbs systematically rape their prisoners there. After some months S. finds out she is pregnant. She's devastated and resolves to have the baby aborted. However, when she's finally released it's too late and she when she's evacuated to Sweden she gives birth to the child. S. changes her mind about giving it up for adoption: she realises that it's not the child's fault that it was conceived in violence and that out of the act some good - this new life - can still come.

Karolinska Hospital, Stockholm, 27 March 1993. A newborn, a boy, is stretched out in his cot; to S., his mother, he is "supposed to be her son". He is, in fact, a "nameless little being ... condemned to death from the start". It's a stark, and startling, scene to open Slavenka Drakulic's fourth work of fiction, As If I Am Not There: A novel about the Balkans. This scene, which flies in the face of maternal feeling, invites the question why: Why does this woman, feeling only animosity for her child, imagine pressing a pillow gently over his face to end both his suffering and hers? Of course, he is a child of war: The novel's title announces that; more specifically, a child of rape. S., as we learn through the book, is a survivor of the "women's room", part of the camp in Bosnia where she, like so many other women, are raped over and over again in an act of war which will dispossess them of mind and body. It's some years now since Susan Brownmiller's classic Against Our Will depicted rape as an act of civic and sexual war against women but her feminist thesis agitates throughout this novel. "Drakulic takes us down into the very heart of the Balkan darkness", writes Michael Ignatieff; she does so by forcing her readers to look at the "way a body can be enslaved which is known only to women." Rape is one reference here; (unwanted) pregnancy is the other. This book is on the cusp between the literature of survival that frames its story--the opening epigraphs from Primo Levi, Eva Grlic, Varlam Shalamov-- and the special terror of an act of war which violates a woman and the child to whom she is fated to give life. -- Vicky Lebeau

Ghastly in its purist sense; read it in the kitchen if you dare (DAILY TELEGRAPH)

Celebratory in tone, The Taste of a Man is also a heartfelt, if unrepentant confession ... Drakulic does not disappoint (NEW STATESMAN)

It is a tribute to Drakulic's senstivity that we emerge from the desperate tale with a real feeling of hope. (THE TIMES)

Drakulic does not permit ignorance. The tale she tells is as bad as it gets... It isn't a hopeful tale, but it is a necessary one. Drakulic has taken the reader to places where CNN will never reach: she teaches lessons in horror and makes the unimaginable into something everyday. She does, however, have the wisdom to give hope and to leave S with something like a better ending. (SCOTSMAN)

1. As if I am not there: A novel about the Balkans