Items related to The Gospel According To The Son

Mailer, Norman The Gospel According To The Son

The Gospel According To The Son 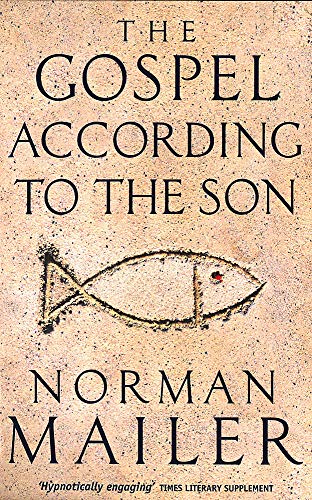 In the two millennia since Matthew, Mark, Luke, and John wrote their separate biographies of Jesus, only a handful of other authors have attempted renditions--Charles Dickens, Leo Tolstoy and D.H. Lawrence have tried their hands at it; scholars E.P. Sanders and Raymond Brown have produced academic treatises on the historical Jesus. Perhaps the best-known fictional account of the life of Jesus is Nikos Kazantzakis's The Last Temptation of Christ, which explores the Son of Man's all-too-human side. Norman Mailer joins these ranks with The Gospel According to the Son.

Not content to chronicle Jesus' life in the form of an apocryphal gospel, Mailer has the audacity to crawl inside his title character's head and tell the story from the first- person point of view. Here we get the Prince of Peace's personal account of his temptation by Satan, his three-year ministry and his agony on the cross. Mailer presents an entirely new kind of passion play, one that remains faithful to the shape of Jesus' life as outlined in the gospels, while daring to imagine the inner life of this most elusive historical figure

His gospel is written in a direct, rather relaxed English that has an eerie, neo-Biblical dignity - the tone as a whole is quietly penetrating. (John Updike)

Mailer has studied the gospels with great care, and his imaginging of Jesu s' story is both respectful and respectfully inventive. Most compelling, he has tried to make sense of Jesu s' full humanity, shrewdly giving us a son of God whose evolving unders (BOSTON SUNDAY GLOBE)

1. The Gospel According to the Son