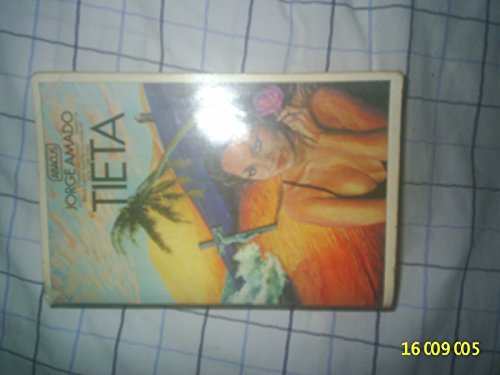 Banished for promiscuity, Tieta returns to the seaside village of Agreste after twenty-six years. Thinking she is now a rich, respectable widow, her mercenary family welcomes her with open arms. But Tieta is forced to reveal her true identity in order to save the town's beautiful beaches from ugly development. For the only way she can stop the factory is to call upon her close connections in Sao Paulo's highest political and financial circles--as only the Madam of the city's ritziest bordello can.

Jorge Amado is the acclaimed author of Gabriela, Clove and Cinnamon, Dona Flor and Her Two Husbands, and Tereza Batista: Home from the Wars. Highly successful film and Broadway versions of Dona Flor have brought worldwide recognition to Brazil's foremost novelist. The UW Press also publishes Amado's Tent of Miracles.

Book Description Paperback. Condition: Fair. A readable copy of the book which may include some defects such as highlighting and notes. Cover and pages may be creased and show discolouration. Seller Inventory # GOR002767248

Book Description Paperback. Condition: Good. The book has been read but remains in clean condition. All pages are intact and the cover is intact. Some minor wear to the spine. Seller Inventory # GOR000721147