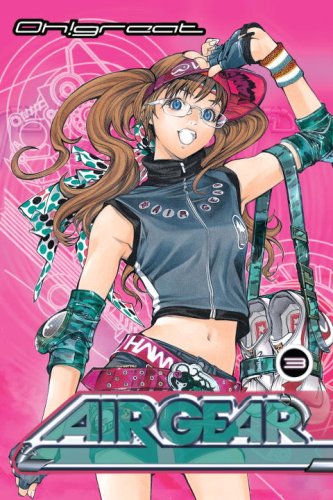 BATTLE IN THE SKY!

Itsuki is still getting the hang of his Air Trecks–the super high-tech skates that have helped him fight back against the rival skate gangs making trouble on his turf. But when his two best friends end up in the hospital after losing a battle to Buccha, a notorious gang leader, Itsuki realizes he needs to polish his skills–and fast. Though the other students at Itsuki’s school are finally realizing that the skate wars pose a dangerous threat, only Itsuki is daring enough to take on the cruel and colossally strong Buccha. But the upcoming fight may be the least of his worries after the beautiful Simca brings with a warning: In Itsuki’s quest to rule the skies, the battle with Buccha will be just the beginning!