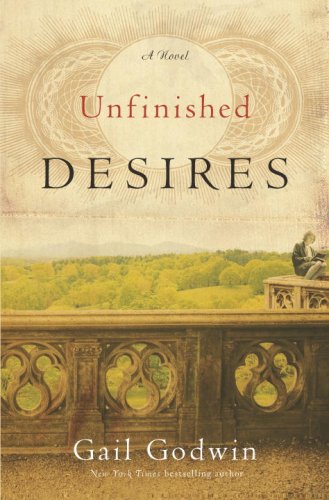 Sparking enthusiasm for a play about the founding of their North Carolina mountains Catholic girls' school, a charismatic ninth grader and her recently orphaned best friend set in motion a series of events that have decades-long ramifications. By the three-time National Book Award-finalist author of The Finishing School.

"A large, roomy story of love, loss, fidelity, secrets, rivalry and faith in the lives of a charming, flawed troupe of characters.... Provocative and rewarding."--Boston Globe

"This rich world...draws and holds the reader from the first to the final pages of the work. " --Denver Post

"Tender but clear-eyed ...Godwin's South has always been a place where charm and good manners can barely conceal the emotional drama pulsing beneath the surface...Recalls the fraught family bonds of Godwin's best novels..."--San Francisco Chronicle

"Godwin's reserved yet powerful new novel is set in a boarding school in the mountains of North Carolina...Though it's a beautiful well-intentioned institution, the school is anything but serene...."--New York Times Book Review

"If you plan on reading just one great novel in 2010, this might be it... a big old-fashioned book about jealousy and passion at a Catholic girl's school, written with Gail Godwin's trademark depth and humor...."--Bookpage "Godwin's writing is ... marvelous, engaging, clever." --Christian Science Monitor

"Intoxicating... Godwin's latest novel charms."--Asheville Citizen-Times "Masterly."--Dallas Morning News "A strong story populated by a host of memorable characters-smart, satisfying fiction, one of the author's best in years."--Kirkus Reviews starred review, "If you plan on reading just one great novel in 2010, this might be it. Unfinished Desires is a big old-fashioned book about jealousy and passion at a Catholic girl's school, written with best-selling author Gail Godwin's trademark depth and humor ... Godwin's 13th novel is filled with penetrating observations on women's friendships, family and faith ... The wise, human story she tells reaches beyond the boundaries of region and religion, satisfying any reader looking for a good story."--Bookpage


From the Hardcover edition. About the Author:

Gail Godwin is a three-time National Book Award finalist and the bestselling author of twelve critically acclaimed novels, including A Mother and Two Daughters, Violet Clay, Father Melancholy’s Daughter, Evensong, The Good Husband, and Evenings at Five. She is also the author of The Making of a Writer: Journals, 1961–1963, the first of two volumes, edited by Rob Neufeld. She has received a Guggenheim Fellowship, National Endowment for the Arts grants for both fiction and libretto writing, and the Award in Literature from the American Academy of Arts and Letters. She has written libretti for ten musical works with the composer Robert Starer. She lives in Woodstock, New York.