Items related to The Dispossessed 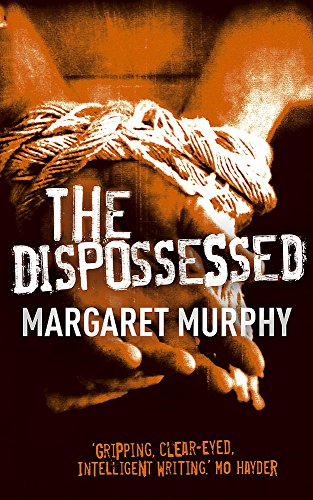 Bled to death and left in a rubbish bin, the teenaged prostitute is just the first victim.

DI Jeff Rickman's investigation into the Afghan refugee's sordid death leads first to the heart of a community who can't - or won't - talk to him. Then the investigation comes home to Rickman's own private life. As the body count starts rising he is framed for a crime he didn't commit. A murderer is trying to make things personal. Very personal.

Is he on the trail of a serial killer? Or something even more sinister?

' In THE DISPOSSESSED Margaret Murphy . . . uncovers the horrifying snake-pit that is life for asylum-seekers in modern Britain . . . an eye-opening shocker of a novel, in which the links between sharp practice and crime form a chain to bind the unwary.' TLS

'A cracking good read with a masterly doubletake.' Scotsman on DARKNESS FALLS

'DARKNESS FALLS is a model of what the modern suspense thriller should be...tense, scary, page-turning and stomach-churning - because we care most of all about what happens to the characters. Set aside a day - you won't be able to put it down once it has you in its grip. Val McDermid

'Just what British crime writing is crying out for - a compassionate, grass roots British novel with the pace, energy and impeccable research of an American thriller.' Mo Hayder on DARKNESS FALLS

'Ms Murphy handles her complex plot with a sure hand and brings it to a stunning climax.' Sunday Telegraph on WEAVING SHADOWS