Items related to Call the Dying 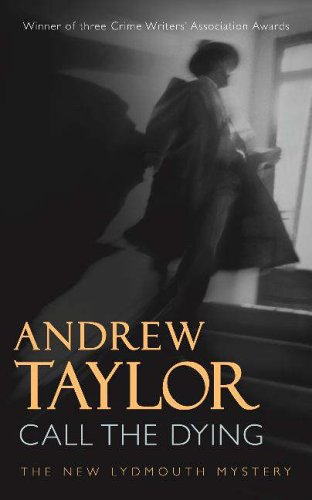 It is 1955 and the influx of televisions do nothing to relieve the tensions in the deeply conservative town of Lydmouth. Mr Frederick, a television engineer, arrives to sell and adapt the new sets. He comes for two nights and apparently leaves. On the evening of that same day, eccentric Dr Bayswater, a retired GP, is found dead. A gentleman's yellow kid glove, slightly gnawed by rats, is found lying next to his body.

Detective Chief Inspector Richard Thornhill is drafted in to investigate. It soon becomes apparent that the case is going to be far from straight-forward. Bayswater was not liked, particularly not by his dashing successor, Dr Connolly nor a local lorry driver with a grudge and a need for money.

Jill Francis has returned after three years to take over as editor of the Gazette. But there is fierce competition from the ruthless Ivor Fuggle's rival Evening Post and when she is not trying to keep the newspaper afloat she spends her time with Dr Connolly. Nevertheless, despite himself, Thornhill is still in love with her.

The people depicted here are real and believable and the drabness and genteel facade of Fifties England is skilfully brought to life. Taylor is, as always, adept at showing the reality beneath the surface (Sunday Telegraph)

Taylor is an excellent writer (The Times)

How skilfully he recreates the atmosphere of the time through innuendo, attitude and detail rather than dogged description . . .Taylor is the master of small lives writ large (Frances Fyfield, Express on The Suffocating Night)

The most underrated crime writer in Britain today (Val McDermid)

Book Description Hodder Paperbacks 29/08/2005, 2005. Paperback. Condition: Very Good. Shipped within 24 hours from our UK warehouse. Clean, undamaged book with no damage to pages and minimal wear to the cover. Spine still tight, in very good condition. Remember if you are not happy, you are covered by our 100% money back guarantee. Seller Inventory # 6545-9780340825716

Book Description -. Paperback. Condition: Very Good. Call the Dying This book is in very good condition and will be shipped within 24 hours of ordering. The cover may have some limited signs of wear but the pages are clean, intact and the spine remains undamaged. This book has clearly been well maintained and looked after thus far. Money back guarantee if you are not satisfied. See all our books here, order more than 1 book and get discounted shipping. Seller Inventory # 7719-9780340825716

Book Description Paperback. Condition: Very Good. The book has been read, but is in excellent condition. Pages are intact and not marred by notes or highlighting. The spine remains undamaged. Seller Inventory # GOR005778612

Book Description Paperback. Condition: Fair. A readable copy of the book which may include some defects such as highlighting and notes. Cover and pages may be creased and show discolouration. Seller Inventory # GOR009161160

Book Description Hodder & Stoughton, United Kingdom, 2005. Paperback. Condition: Good. The book has been read but remains in clean condition. All pages are intact and the cover is intact. Some minor wear to the spine. Seller Inventory # GOR003585013