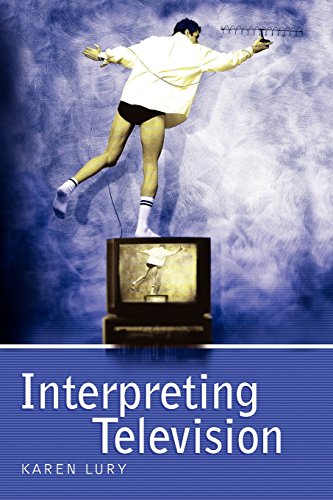 While most television textbooks concentrate on areas such as 'institutions', 'audiences' and 'genre', Interpreting Television takes a radical approach that returns to the currently under-explored textual aspects of television. Continuing and responding to work begun by John Ellis in Visible Fictions and Raymond Williams in Television, Technology and Cultural Form, the book addresses the formal aspects of television in a lively and accessible manner.
Each chapter investigates a major formal feature - sound, image, time and space - providing an introduction to each aspect and culminating with in-depth case studies of selected programmes. The book offers full coverage of programmes and programming including CSI: Crime Scene Investigation, Who Wants to be a Millionaire?, Teletubbies, cartoons, music programming, documentaries, news reports, channel idents and advertising. Features peculiar to television, such as the changing dimensions of the picture ratio and the 'laughter track', are discussed here to reveal how, and why, they contribute to the creation of a 'televisual' aesthetic.
Written by an experienced teacher and telly addict, the book is aimed at undergraduate students in media and cultural studies, but looks to change everyone's thinking about television form.

In its combination of commentary and applied analysis, Interpreting Television offers an extremely useful approach to the formal analysis of television - an approach which I can imagine having a great deal of relevance for those engaged in making television as well as for those whose interests are more academic.

Karen Lury is Senior Lecturer in Film and Television Studies at the University of Glasgow, Scotland.