Items related to The Day of the Storm

Pilcher, Rosamunde The Day of the Storm

The Day of the Storm 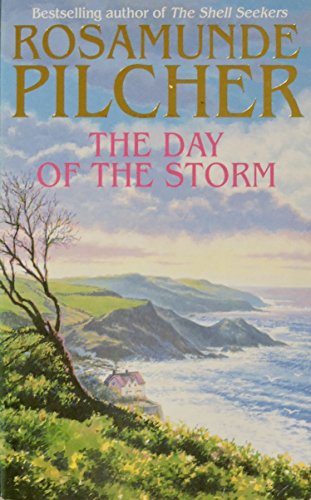 Rosamunde Pilcher has had a long and distinguished career as a novelist and short story writer, but it was her phenomenally successful novel, The Shell Seekers, that captured the hearts of all who read it, and won her international recognition as one of the best-loved storytellers of our time. It was voted one of UK's top 100 novels in the BBC's Big Read in 2003. Her bestselling novels, September, Coming Home and Winter Solstice were made into television films. She was awarded an O.B.E for services to literature in 2002 and an honorary Doctor of Laws degree from Dundee University in 2010.

Book Description Paperback. Condition: Very Good. The book has been read, but is in excellent condition. Pages are intact and not marred by notes or highlighting. The spine remains undamaged. Seller Inventory # GOR003739312

Book Description -. Paperback. Condition: Very Good. The Day of the Storm This book is in very good condition and will be shipped within 24 hours of ordering. The cover may have some limited signs of wear but the pages are clean, intact and the spine remains undamaged. This book has clearly been well maintained and looked after thus far. Money back guarantee if you are not satisfied. See all our books here, order more than 1 book and get discounted shipping. Seller Inventory # 7719-9780340792506

Book Description Coronet 03/03/1990, 1990. Paperback. Condition: Very Good. Shipped within 24 hours from our UK warehouse. Clean, undamaged book with no damage to pages and minimal wear to the cover. Spine still tight, in very good condition. Remember if you are not happy, you are covered by our 100% money back guarantee. Seller Inventory # 6545-9780340792506

5. The Day of the Storm [Paperback] Pilcher, Rosamunde