Items related to The Favourite: Sarah, Duchess of Marlborough

The Favourite: Sarah, Duchess of Marlborough 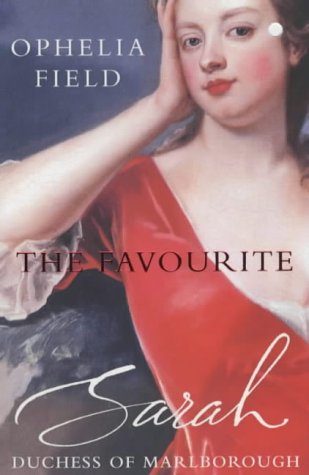 A portrait of Sarah Churchill, first Duchess of Marlborough (1660-1744), this volume discusses one of the most powerful, influential and fascinating women of her times. Castigated for traits which might have been applauded in a man, Sarah was famously described by Dr Johnson as a "good hater". She was instrumental in the Glorious Revolution of 1688 and became a strident advocate of Whig principles. She supervised the building of Blenheim Palace and Marlborough House, and managed some 27 other estates. Sarah was a compulsive and compelling writer, narrating the major events of her day with herself often at centre-stage. This biography brings her own passionate, intelligent voice to the fore and casts a critical eye over images of the Duchess in art, history and literature.

In her lifetime Sarah, Duchess of Marlborough was given a bad press and had the misfortune to attract the satirical attentions of most of the great writers of her time. Pope and Swift, although they both had a sneaking admiration for her, viciously attacked her personality and her politics. Posterity hasn't been much kinder. One of her 20th-century biographers went as far as to diagnose her retrospectively as clinically paranoid. The wife of the greatest general of the age and the confidante of Queen Anne (who later turned against her) Sarah has been portrayed as an interfering intriguer, a mean-spirited money-grubber and a woman who used the power her wealth gave her to manipulate the lives of all--family, friends and foes--who came into contact with her. As Ophelia Field shows, in this generous and convincing rehabilitation of her reputation, Sarah's chief handicap was her sex. In a man her intriguing might have been seen as shrewd political manoeuvring, her supposed obsession with money and her alleged miserliness as the enterprise of a gifted financier. In a woman her very talents were threatening and her relationship with Anne (which may have been a physical one) was a sexually subversive danger to good government.

Throughout her long life (she survived her husband for several decades), Sarah wrote reams of letters and self-justifying memoirs and Field has drawn skilfully on these and other contemporary sources to reveal the Duchess of Marlborough as one of the most remarkable personalities, of either sex, in English 18th-century history. --Nick Rennison

'A profile of society's fear of forceful women.' -- Image Magazine

'The particular strengths of Field's book lie in areas unexplored by others, in particular the discussion of contemporary writing.' -- Carola Hicks, The Times Literary Supplement

1. The Favourite : Sarah, Duchess of Marlborough

3. The Favourite : Sarah, Duchess of Marlborough