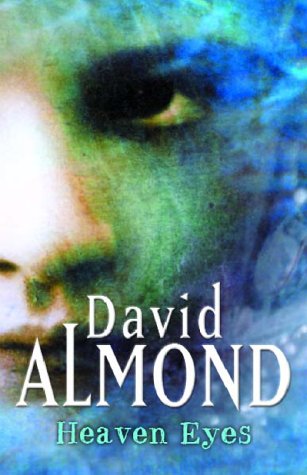 Erin, January and Mouse live in a children's home, Whitegates. Running away is something they know all about - their dreams of escape frequently lead them into the outside world. But this time will be different. January has built a raft, and the trio head precariously down river, towards the Black Middens.

There they stumble across a disused factory and its strange inhabitants - ancient Grampa and a mysterious girl, Heaven Eyes. Heaven Eyes desperately hopes that the children are her lost family - but Grampa keeps the truth of her history concealed. While Erin befriends Heaven Eyes, dreaming of her own lost mother, and Mouse tries to belong, January's suspicions grow . . .

"We come into the world out of the dark. We haven't a clue where we come from. We've no idea where we are going. But while we're here in the world, if we're brave enough, we¹ll flap our wings and fly".

David Almond's first book for children--Skellig--won the 1998 Whitbread Children's Book of the Year and the Carnegie Medal, and was shortlisted for the Guardian Award. His second novel, Kit's Wilderness was published to widespread critical acclaim and it seemed that he had created a pretty tough act to follow. However, follow it he did, and this exceptional writer has produced another original, thought- provoking and awe-inspiring book with Heaven Eyes.

Heaven Eyes tells the story of a group of youngsters embroiled in a system which takes as much care as it can of the lost souls of children who, for whatever reason, cannot be with their parents, but falls short of giving the love and warmth they really need in order to grow and prosper. Erin is one such child, and along with her friends January Carr and Mouse Gullane she decides to run away from her care home, embarking on an adventure which not only pushes their ability to survive to the limits, but also introduces them to the dark and lonely world of Heaven Eyes, a young girl who has grown up in the care of an old man who found her abandoned as a child, hidden away from the world, but constantly seeking some kind of salvation in the form of other human contact.

The tale is at times incredibly bleak, and the despair the children feel in the lonely world they encounter is tangible. But, in true Almond style, there is light amid the darkness, and as the relationships between the children develop, so too does a warmth and understanding that leaves the reader with the certain knowledge that behind every shadow there is hope.

Heaven Eyes is an outstanding novel from an outstanding author, which cleverly balances the passion and delicacy which is fuelled by the impeccably drawn characters, each of them battling with their own will to survive in a world which may never fully understand them, but each of them realising that there is, after all, a reason to live. Be prepared to cry--only the hardest of hearts could fail to be touched by this stunning novel. (Age 11 and over)--Susan Harrison

Strange and beautiful. (The Mail on Sunday)

A beautiful and eerie tale. (The Guardian)

Another astonishingly original novel. (The Observer)

A remarkable novel about love and the heroic refusal to give in to sadness. (The Scotsman)

Another beautiful book by David Almond for teenagers with yearning hearts. Surprsing, perfect and mysterious all at once. (The Times)

Almond at his thought-provoking best (Time Out)

Surprising, perfect and mysterious all at once . . . (THE TIMES)

With his magic realism style, he is becoming the Gabriel Garcia Marquez of children's fiction. (Janni Howker, TIMES EDUCATIONAL SUPPLEMENT)

David Almond understands the joy and fear of being alive better than most - Heaven Eyes is a mysterious gift of a novel. (THE TIMES)