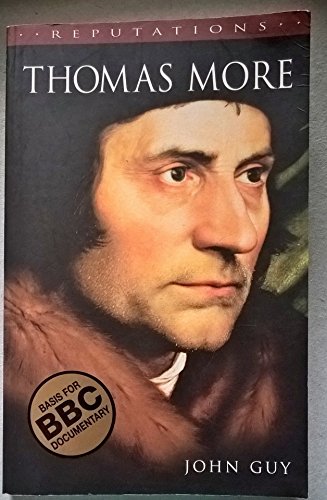 In opening the impeachment trial of President Clinton on 14 January 1999, Congressman Hyde reminded his listeners that `Sir Thomas More, the most brilliant lawyer of his generation, a scholar with an international reputation, the centre of a warm and affectionate family life which he cherished, went to his death rather than take an oath in vain.' His allusion was scarcely lost even on a global audience. With the exceptions only of Henry VIII, Elizabeth I and William Shakespeare, More is the most celebrated figure of the Tudor era. Yet different `Mores' would have been recognized: the humanist wit, the brilliant lawyer, the Utopian reformer, the idyllic family man, the champion of conscience, the scourge of heretics, the icon of liberal-ecumenical Catholicism, the Marxist hero, the protagonist of Robert Bolt's A Man for All Seasons. His fascination lies in exactly this: his posthumous reputation.
Reconsidering key issues in More's life, this new study not only allows us to see with clarity the different portrayals that have arisen to explain or condemn or exculpate, it also breaks fresh ground in its use of new evidence to reconstitute More's beliefs on Henry VIII and the royal supremacy, on the power of Parliament, on the power of the papacy and of the General Council of the Roman Catholic Church. To the question `For what did More so silently die?' we now have a better informed, if no less controversial, answer.
But who was the historical More? Which of the many characterisations that have attached to his name, some plainly incompatible, are upheld by the sources? in this brilliant new study we are, taken behind the facade, to understand better the substructure of evidence on which biographers must construct their works. We see with clarity not only the different portrayals that have arisen to explain or condem or exculpate, but are also given a sense of what we can and cannot know about Thomas More, laying bare those points of transition between the sustainable and the conjectural.

Essential reading for anyone venturing on a serious study of the minefiled of literature which centres on More. Professor Guy with clarity and erudiation shows how brilliantly, compassionately and sensitively it can be done. (Church Times)

The indisputable fact about More is that he had many admirers, culminating in his canonization in 1935. How has it happened? The 'spin' story has been believed. But historians have to expose that. Professor Guy, with clarity and erudition, shows how brilliantly, compassionately and sensitively it can be done. (Church Times)

John Guy has scrutinized the layers of complex mythology surrounding this man, and systematically removed the prejudice and the propaganda. The precious image of Thomas More as the saintly but domesticated scholar dragged reluctantly into politics and martyred by a lustful tyrant is rocked on its pedestal. (English Historical Review)

A highly intelligent and complex study. While Guy raises as many questions as he answers, he has produced an intriguing and challenging study of an enigmatic man. (The Journal of the HIstorical Association. 2002-01-01)

A brilliant exposure of history's biggest 'spin' story
"The indisputable fact about More is that he has had many admirers, culminating in his canonization in 1935. How has it happened? The 'spin' story has been believed. But historians have to expose that. Professor Guy, with clarity and erudition, shows how brilliantly, compassionately and sensitively it can be done." Church Times