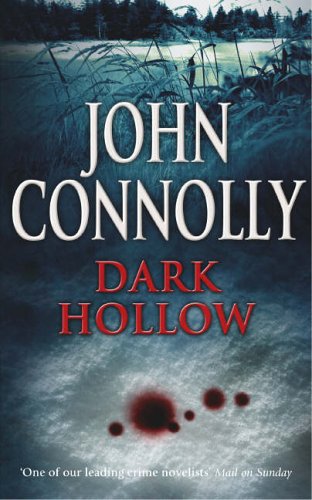 Recent years have seen a flurry of horror writers crossing over to the mystery genre--Peter Straub, Dan Simmons and Kristin Kathryn Rusch are three--but little movement has occurred in the opposite direction. Mysteries are where the commercial action is. When John Connolly, an Irish journalist, burst upon the scene in Great Britain in 1999 with the bestselling Every Dead Thing (it later won the Shamus award for Best First Private Eye Novel when published in the States), it would not have been unfair to describe what he was offering as "horror". However, "shock noir" is probably a better way of describing such a grab-you-by-the-eyelashes thriller, with its high body count and inventively grisly methods of dispatching hapless victims.

Connolly--who seems unconcernedly to be trespassing on Stephen King territory in Dark Hollow, with its Maine setting and echoes of background atrocities--actually brings to mind a slightly different hybridisation of horror and mystery: you might say it's Wilkie Collins re-tooled by James Ellroy. Lurking in his pages is more than a faint whiff of the Victorian triple-decker, with all its gothic complexities, while, at the same time, punctuating the plot are grotesque and excessive acts of sadism of a wholly modern sort that will cause some readers indignantly to close the book.

The trouble is, by doing that they miss a richly ripe, closely textured tale. Connolly's series character, ex-NYPD detective Charlie "Bird" Parker, is a man with a lot of pain to surmount--his wife and child were murdered in Every Dead Thing--but he's also a dogged knight errant attuned to the pain felt by others. In Dark Hollow, his quest for the truth is a twisty one, but he stays the course, and so should you. --Otto Penzler, Amazon.com

Despite the gore, this second novel is subtler and more complex than the best-selling EVERY DEAD THING. Connolly's lyrical language and occasional mystical passages are reminiscent of James Lee Burke. His hero is developing into a credible and sympathetic personality (Sunday Telegraph)

This is an exciting thriller and Parker is an engaging hero. (Sunday Times)