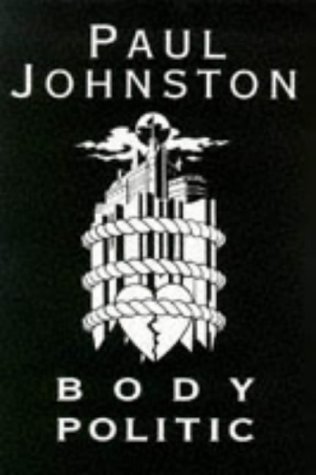 It is the year 2020, and Edinburgh is now independent, closely regulated by the Council of City guardians. When a gruesome series of murders is committed - the first in the city for five years - Quint Dalrymple, an engagingly iconoclastic hero, is called to track down the murderer. And in doing so, he uncovers a tale of government corruption, sexslave rings and a serial killer who specialises in a unique form of organ removal.

'An intricate web ... Johnston is a Fawkes among plotters ... Quint's career looks set to blossom'
Observer

'Think of Plato's Republic with a body count'
The Sunday Times

Paul Johnston was born and grew up in Scotland. He now spends much of his time on a small Greek island, but regularly visits the UK. THE BLOOD TREE is his fourth novel to feature Quintilian Dalrymple. His first, BODY POLITIC won the CWA John Creasey Memorial Dagger.

Book Description Hardback. Condition: Very Good. The book has been read, but is in excellent condition. Pages are intact and not marred by notes or highlighting. The spine remains undamaged. Seller Inventory # GOR003917259

Book Description Hodder & Stoughton., 1997. Condition: Good. A+ Customer service! Satisfaction Guaranteed! Book is in Used-Good condition. Pages and cover are clean and intact. Used items may not include supplementary materials such as CDs or access codes. May show signs of minor shelf wear and contain limited notes and highlighting. Seller Inventory # 0340694904-2-4

Book Description Sceptre, 1997. Hardcover. Condition: Good. Ex library copy with usual stamps/stickers Good condition is defined as: a copy that has been read but remains in clean condition. All of the pages are intact and the cover is intact and the spine may show signs of wear. The book may have minor markings which are not specifically mentioned. Most items will be dispatched the same or the next working day. Seller Inventory # wbb0014489437