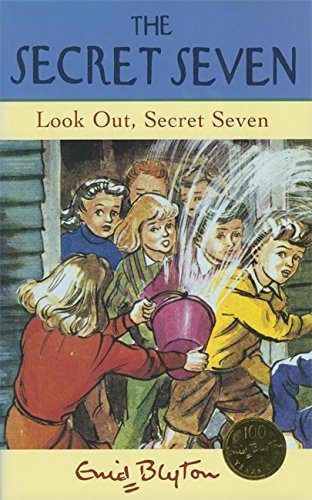 The Secret Seven are siblings Peter and Janet, and Jack, Barbara, Pam, Colin and George. Together they are The Secret Seven - ready to solve any mystery, any time - in Enid Blyton's classic series of 15 mystery novels.

In book fourteen, Scamper the spaniel discovers an unwanted visitor, then he protects the Secret Seven as they spy on a thief late at night in Bramley Woods!

What on earth would the Secret Seven do without their dog?

First published in 1962, this edition features the original text and artwork.

Classics of adventure and mystery re-launched for 21st century readers

Enid Blyton's books have sold over 500 million copies and have been translated into other languages more often than any other children's author.

She wrote over 600 books and hundreds of short stories, including favourites such as The Famous Five,The Secret Seven, The Magic Faraway Tree, Malory Towers and Noddy.

Born in London in 1897, Enid lived much of her life in Buckinghamshire and adored dogs, gardening and the countryside. She died in 1968 but remains one of the world's best-loved storytellers.