Items related to The Office of Innocence

Keneally, Thomas The Office of Innocence

The Office of Innocence 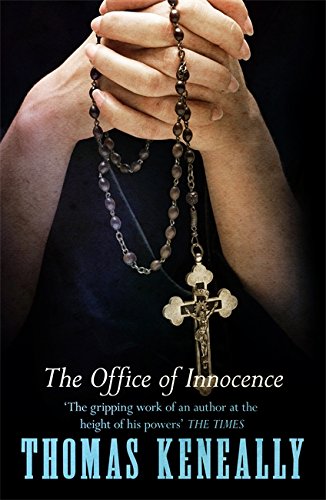 Sydney, 1942, and in a nation threatened by a Japanese invasion, with husbands absent and sleek GIs present, a spirit of recklessness takes hold. Frank Darragh, an impressionable young priest, finds the line between saving others' souls and losing his own begins to blur as he becomes entangled with an attractive married woman, a ménage a trois, and a charismatic American sergeant.

[Its] great strengths lie in its evocation of Australia at a particularly turbid period of its history, and in its characterisation of ordinary people faced with extraordinary dilemmas. (Daily Telegraph)

Superbly crafted . . . he effortlessly interweaves many of life's bigger dilemmas: the conflicts between love and duty; innocence and experience; conscience and courage. This is a thought-provoking and engrossing novel. (Sunday Express)

Meticulous, exact and beautifully written . . . Keneally has the ability to evoke an entire character, even an entire philosophy, in one sentence. (Literary Review)

An excellent novel . . . It is good on the Catholic Church, and on the ambiguous boundary between priest and confessor. It is also elegant, economical and extremely funny. (Financial Times)

Keneally at his powerful best, with the gripping tale of a priest and a serial killer in World War II Australia.

1. The Office of Innocence