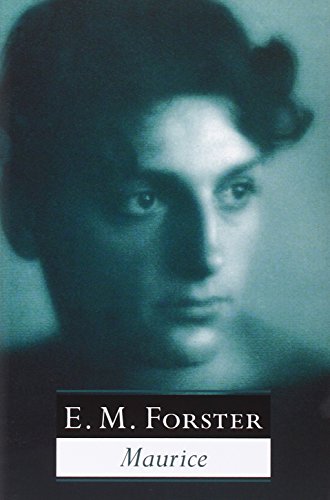 Completed in 1914, Maurice remained unpublished until after Forster's death. Although its homosexual content was the reason for this, the novel cannot be defined simply by its theme. It was written by a great novelist at the height of his powers, as those who read it will surely discover.

As a typical product of middle-class suburbia, Maurice finds it difficult coming to terms with his homosexuality. He first glimpses the possibilities of an unconventional life when he meets and falls in love with Clive, a fellow Cambridge undergraduate, but when Clive turns to women, Maurice feels betrayed. Close to despair, he meets Alex and in their ensuing love affair Maurice finds fulfilment, ultimately causing him to reject his entire inherited system of values and conduct.

A classic novel, irresistibly repackaged for the perfect gift.

Edward Morgan Forster was born in London in 1879, attended Tonbridge School and went on to King's College, Cambridge in 1897, where he retained a lifelong connection and was elected to an Honorary Fellowship in 1946.

Book Description Hardcover. Condition: Good. Connecting readers with great books since 1972. Used books may not include companion materials, some shelf wear, may contain highlighting/notes, may not include cdrom or access codes. Customer service is our top priority!. Seller Inventory # S_307776066

Book Description Hardback. Condition: Very Good. The book has been read, but is in excellent condition. Pages are intact and not marred by notes or highlighting. The spine remains undamaged. Seller Inventory # GOR005106229