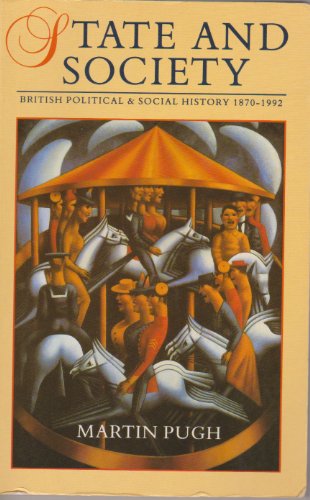 This volume aims to explain the development of both political and social changes in British society between the late-Victorian era and the 1990s. Its guiding theme is the relationship between the British state and its citizens during this period. The extent to which negative "Victorian" ideas about government began to be undermined while Queen Victoria was on the throne are examined and emphasis is given to the Edwardian period as a turning-point in the emergence of a more positive view of the state. The Great War stimulated changes in the short-run, but provoked a reaction against change in the longer term, and "laissez-faire" became less attainable or desirable between the wars as Britain suffered economic decline and political upheaval. The emergence of a phase of consensus in political, social and economic affairs in the aftermath of World War II and the persistence of that consensus up to the mid-1970s, is a complex phenomenon that receives thorough examination - as do the reasons for the breakdown of post-war policies, in a society in full retreat from great power status, and the attempts since 1979 to return to a state of "Victorian" proportions.

Martin Pugh is Professor of Modern British History in the University of Newcastle upon Tyne.