Items related to In These Times

Levin, Bernard In These Times 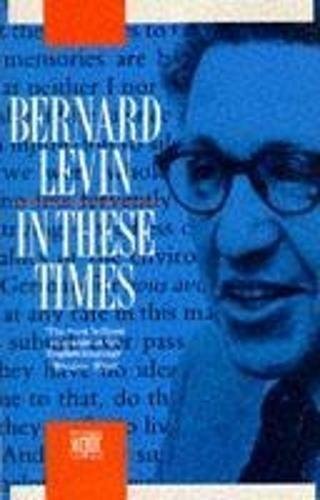 Bernard Levin was born in 1928 and educated at Christ's Hospital and the London School of Economics. He has written regularly since 1953 for almost all of the leading newspapers, and is widely regarded as the greatest journalist of his generation. He has been a book, television and theatre critic, and for many years was the chief columnist of The Times. His books include TAKING SIDES, CONDUCTED TOUR, THE WAY WE LIVE NOW, ENTHUSIASMS and IN THESE TIMES. In 1990 he was awarded the CBE.