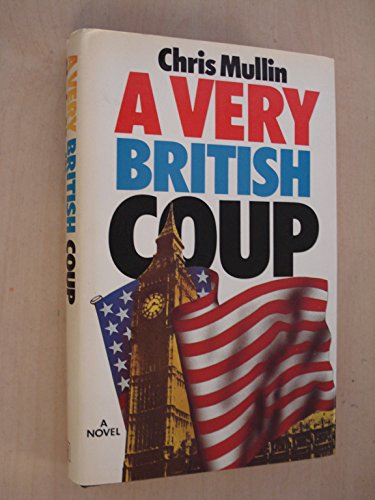 Former steel worker Harry Perkins has, against all the odds, led the Labour Party to a stunning victory at the general election. His manifesto includes the removal of American bases, public control of finance, and the dismantling of the newspaper monopolies.

The Establishment is appalled by the prospect, and secretly decides that something must be done. As MI5 conspires with the city and the press barons, Perkins the PM finds himself in a no-holds-barred battle for survival.

A delicious fantasy... crisply written and the story belts along (Observer)

Rattles along with speed and great credibility (The Times)

Entertaining to anyone interested in contemporary politics (Glasgow Herald)

Book Description Hardcover. Condition: Good. All orders are dispatched the following working day from our UK warehouse. Established in 2004, we have over 500,000 books in stock. No quibble refund if not completely satisfied. Seller Inventory # mon0005566173

Book Description Paperback. Condition: Very Good. The book has been read, but is in excellent condition. Pages are intact and not marred by notes or highlighting. The spine remains undamaged. Seller Inventory # GOR003447971

Book Description Condition: Good. A+ Customer service! Satisfaction Guaranteed! Book is in Used-Good condition. Pages and cover are clean and intact. Used items may not include supplementary materials such as CDs or access codes. May show signs of minor shelf wear and contain limited notes and highlighting. Seller Inventory # 0340285869-2-4

Book Description Hardcover. Condition: Very Good. Item is in very good condition. If supplemental codes/CDs for textbooks are required please contact us prior to purchasing as they may be missing. Photos are stock pictures and not of the actual item. Seller Inventory # DS-0340285869-2