Items related to Margaret the Queen 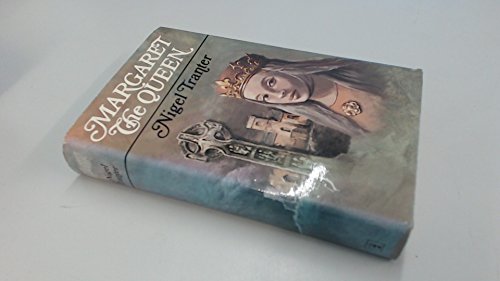 First she was Margaret the refugee. A Saxon princess, sister of Edgar Atheling who, but for William the Conqueror, would have been King of England. She came to Scotland in 1069.
Beautiful, sympathetic and devout, whe was an unlikely consort to the rough and ready Malcolm King of Scots and slayer of MacBeth, a man who cared for little other than hunting, drinking and the brutal arts of war.
Yet, through her gentle strength of character and intelligence, she was to have a profound and lasting effect on her adopted nation and people that lasts to this day.

'Through his imaginative dialogue, he provides a voice for Scotland's heroes' Scotland on Sunday

He has an amazingly broad grip of Scottish history (Daily Telegraph)

One of Scotland's most prolific and respected writers (The Times)

An accomplished writer of compelling and unforgettable historical novels (She magazine)

Through his imaginative dialogue, he provides a voice for Scotland's heroes (Scotland on Sunday)

The compelling 11th century story of the beautiful Saxon princess who fled William the Conqueror to become the queen of Malcolm King of Scots, the king who overthrew Macbeth.

Book Description Hodder, 1979. 1st edition and VG in a VG dw (some sunning to the spine). No marks and not price clipped. Loosely inserted pre-publication review slip. Seller Inventory # 26578

Book Description Hodder and Stoughton Ltd, 1983. Hardcover. Condition: GOOD. Has little wear to the cover and pages. Contains some markings such as highlighting and writing. Seller Inventory # 0340237783_abe_gd