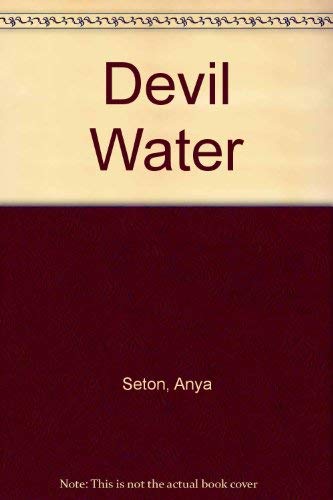 This fiercely beautiful novel tells the true story of Charles Radcliff, a Catholic nobleman who joined the short-lived Jacobite rebellion of 1715, and of his daughter, Jenny, by a secret marriage. Set in the wilds of Northumbria, teeming London, and colonial Virginia - where Jenny eventually settled on the estate of the famous William Byrd of Westover - Jenny's story reveals one young woman's loyalty, passion, and courage as she struggles between living in the Old World and the New. This vividly powerful novel, like its predecessor The Winthrop Woman, combines thoroughly documented history with superb storytelling.

Book Description Hardcover. Condition: Used; Acceptable. Dispatched, from the UK, within 48 hours of ordering. The book is perfectly readable and fit for use, although it shows signs of previous ownership. The spine is likely creased and the cover scuffed or slightly torn. Textbooks will typically have an amount of underlining and/or highlighting, as well as notes. If this book is over 5 years old, then please expect the pages to be yellowing or to have age spots. Grubby book may have mild dirt or some staining, mostly on the edges of pages. Aged book. Tanned pages and age spots, however, this will not interfere with reading. Ripped/damaged jacket. The dust jacket of this book is slightly damaged/ripped, however, this does not affect the internal condition. Ex-library book with stamps on the first page, it is also likely to have a small shelf number sticker on the spine. Seller Inventory # CHL6864872