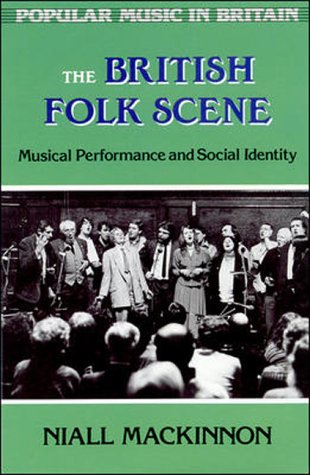 Why did the 'folk revival' which swept into Britain in the 1960s occur? What is, or is purporting to be, revived? How has it managed to survive into the 1990s, and how has it changed in that time? Who are the 'folkies'? Has the folk scene lost its way?

"The British Folk Scene" identifies the social factors which give the folk scene its coherence. It is based upon a detailed study of many folk music events, performers and audiences which examines: the musical and ideological development of the folk scene; the structuring of musical performance; and the extent to which the folk scene can be considered a revival. It relates the distinctive identity of the folk scene to its wider society.

Niall Mackinnon shows that the folk scene has a powerful structuring ethos. However, within this, there are variations - not just of sound - but in the patterning of events and in the nature of musical and social interaction. He furthers our understanding of the folk scene and of the social in music.

Buy Used
Condition: Good
Some wear to wrappers and edges... Learn more about this copy