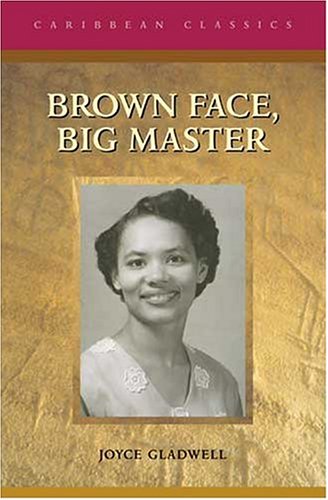 Joyce Gladwell grew up in Jamaica, a 'brown face' in a country where black and white were often at opposite ends of the social scale. 'Big Master' (in the country dialect she used as a child) is God. First published in1969, the second edition of this open, forthright story of her life reveals a deep awareness of some of the major social issues and personal problems of our time - race, colour, human relationships, mixed marriage, the search for God. With vivid descriptions of people and her surroundings, she tells of her Jamaican school days and the attitudes and prejudices which influenced her; of her life as a psychology student at London University; of the discrimination against her which came to a head when her proposed marriage to an Englishman was opposed by his family; and of her early problems of adjustment in marriage. Edited, and with a new introduction, by Sandra Courtman, the graphic detail and sympathetic insight of this book will make compelling reading.

Joyce Gladwell was born in Jamaica, and graduated with a B.A. in Psychology and Anthropology from University College London in 1956. Brown Face, Big Master was first published in 1969, by Inter Varsity Press, London. Since 1969 Joyce has lived in Canada with her husband Graham, a Professor of Mathematics at the University of Waterloo. They have three sons and two grandchildren. Joyce is a Marriage and Family Therapist.