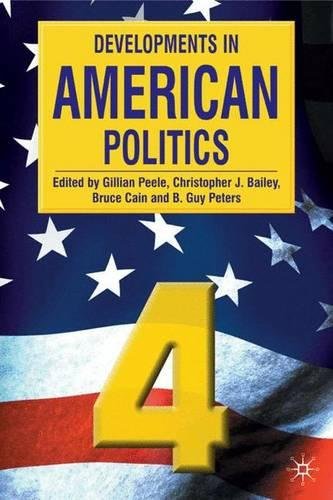 346 pages. Book appears to have hardly been read and is in Fine condition throughout.

The long drawn out and heavily politicised presidential election process in 2000 with the winner Republican George W. Bush taking a smaller percentage of the popular vote that his Democratic rival, raised important issues of legitimacy. The September 11 terrorist attacks on New York and Washington posed a major new challenge to the American political system. Written by a team of authorities and edited to provide an accessible and coherent student text, "Developments in American Politics 4" assesses the implications of both and the early record of the second Bush in the White House.

Book Description Condition: New. Brand New Original US Edition.We Ship to PO BOX Address also. EXPEDITED shipping option also available for faster delivery.This item may ship fro the US or other locations in India depending on your location and availability. Seller Inventory # AUDUU-30614