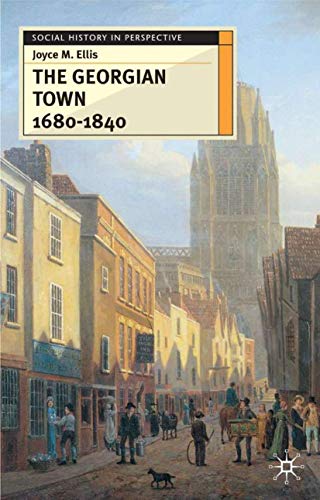 The period between the late seventeenth and early nineteenth centuries represents a critical period of transition in urban history as the traditional towns of the early modern era evolved into the far larger and more specialised cities of Victorian Britain. This 'long eighteenth century' was a time of vigorous activity in almost every sphere of urban life. Booming health and leisure resorts, seaports, market towns and industrial centres, joined together with the capital cities of London and Edinburgh to cream off the rising wealth of the countryside. This new prosperity was reflected not simply in the growth of urban populations but also in sharply rising standards of material comfort for a substantial proportion of those populations. Local pride celebrated the bright lights, the crowds, the bustle and general cultural superiority of town over country. However, urban life was equally condemned for its noise, smell, squalor, vice and callous indifference, drawbacks highlighted by growing inequalities of wealth and income in this period.

This lucid, interesting and persuasive account of the multi-facted experiences of British towns and their inhabitants therefore gives as much weight to the back streets and narrow alleyways that lay at the heart of working-class neighbourhoods as it does to the fashionable squares of Bath, Edinburgh or London's West End. It is also concerned with the role played by the female majority of urban residents within these communities, a role often overlooked by urban historians in the past. Its overall aim is to provide a broad but coherent synthesis combining original research with an overview of the many new issues and interpretations that are currently stimulating a lively debate among historians of urban life.