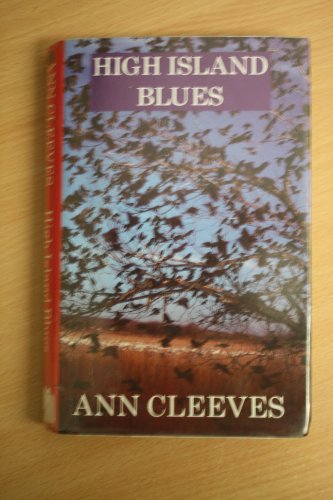 In a gripping tale set against the dramatic backdrop of the Texan "spring fall" of birds, George and Molly Palmer-Jones find themselves on different sides of the Atlantic in a race to solve the same brutal murder.

From the author of Shetland and Vera

Ann Cleeves is the author of over thirty critically acclaimed novels, and in 2017 was awarded the highest accolade in crime writing, the CWA Diamond Dagger. She is the creator of popular detectives Vera Stanhope and Jimmy Perez who can now be found on television in ITV’s Vera and BBC One’s Shetland. The TV series and the books they are based on have become international sensations, capturing the minds of millions worldwide.
Ann worked as a probation officer, bird observatory cook, and auxiliary coastguard before she started writing. She is a member of ‘Murder Squad’, working with other British northern writers to promote crime fiction. Ann is also a passionate champion for libraries and was a National Libraries Day Ambassador in 2016. Ann lives in North Tyneside near where the Vera books are set.

Book Description Macmillan Publishers Limited, 1996. Condition: Good. 1st. Former Library book. Shows some signs of wear, and may have some markings on the inside. Seller Inventory # GRP58663336

Book Description Macmillan, 1996. Condition: Good. A+ Customer service! Satisfaction Guaranteed! Book is in Used-Good condition. Pages and cover are clean and intact. Used items may not include supplementary materials such as CDs or access codes. May show signs of minor shelf wear and contain limited notes and highlighting. Seller Inventory # 0333660110-2-4