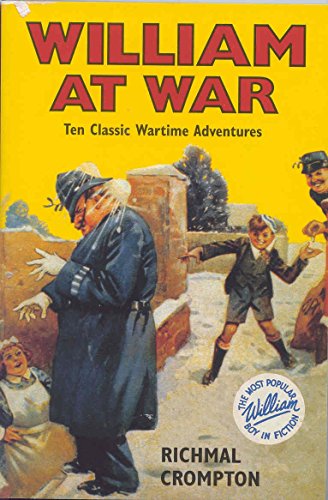 "Sleep?" echoed William in dissgust. "i jolly well wouldn't waste an air raid sleepin' in it."

William has mixed feelings about the war. On the one hand, sweets and cream cakes have become horribly hard to find. On the other, doing one's bit for the war effort can lead to jolly exciting opportunities for someone brave and brilliat (someone just like William, in fact).

Whether he's catching enemy parachutists, deciphering sinister coded messages or digging up unexploded bombs, William is determined to save his country at all costs. But who will save the country from William?

Welcome back the most popular boy in fictino in ten classic wartime adventures!

Richmal Crompton was born in Lancashire in 1890. The first story about William Brown appeared in Home magazine in 1919, and the first collection of William stories was published in book form three years later. In all, thirty-eight William books were published, the last one in 1970, after Richmal Crompton’s death