Items related to London and the Civil War 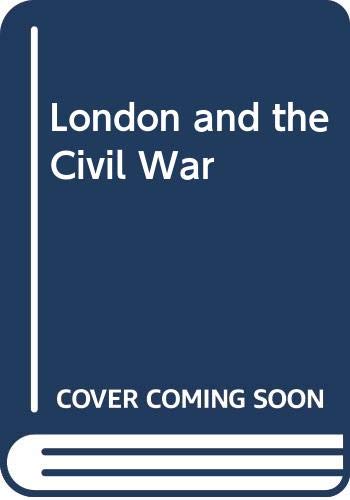 `The book has a freshness of viewpoint which makes most enjoyable reading.' - Joan Thirsk As the country's largest city, the focus of its trade and cultural life and the possessor of sizeable militia forces and the national capital, London's influence on the country's history has always been very important. In particular its adherence to the parliamentarian cause was crucial to the outcome of the first Civil War and its aloofness from the second Civil War was no less significant. The essays in this volume examine the background to its choice of allegiance, the way in which it was secured for the parliamentary cause in 1642, its contribution to the war effort, the royalists' reaction to its recalcitrance, the impact of the war upon the capital and its importance as the centre of politically inspired ceremonial.

Book Description Condition: Very Good. Former library book; may include library markings. Used book that is in excellent condition. May show signs of wear or have minor defects. Seller Inventory # 18881081-6

Book Description Hardcover. Condition: Very Good. Dust Jacket Condition: Very Good. First Edition. Publisher's hardback in better than very good condition: firm and square, no scuffs, no cracks. Complete with original dustjacket, not showing any tears or chips. Contents tight and clean; no pen-marks, save a former owner name at the endpaper. Not from a library so no such stamps or labels. Thus a tidy book in very presentable condition. Seller Inventory # 097663

LONDON AND THE CIVIL WAR