Items related to The Sea in Soviet Strategy

Ranft, Bryan; Till, Geoffrey The Sea in Soviet Strategy

The Sea in Soviet Strategy 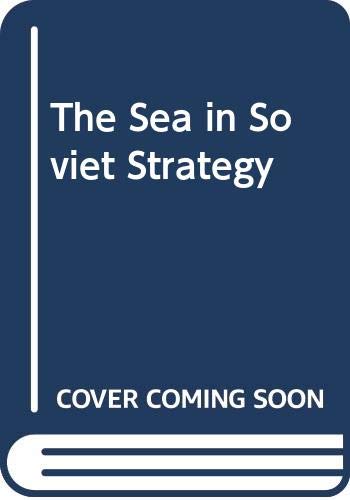 The rise of the Soviet Navy has been a feature of the postwar period. It is seen as sailing on every sea, challenging Western maritime supremacy, defending and extending Soviet interest around the world and could devastate whole continents if it were ordered to. In this book two leading maritime specialists answer whether this increase in Soviet maritime power is a defensive reaction to Western threats from the sea or whether the Soviet Union intends to command the seas itself. The authors explain the Soviet Union's main tasks and where it is going in the future. This second edition has been modified to take account of key developments since 1983, examining the impact of Mr Gorbachev and his new policies on the Soviet Navy and assessing the likely effects of Admiral Chernavin's arrival as the new Commander-in-Chief. Bryan Ranft is the editor of "The Vernon Papers" and "Technical Change and British Naval Policy, 1860-1939". Geoffrey Till is editor of "The Future of British Seapower" and "Britain and NATO's Northern Flank" and has written "Air Power and the Royal Navy, Maritime Strategy and The Nuclear Age" and "Modern Sea Power".

1. The Sea in Soviet Strategy

Book Description Palgrave Macmillan, 1989. Condition: Good. This is an ex-library book and may have the usual library/used-book markings inside.This book has hardback covers. In good all round condition. Dust Jacket in good condition. Please note the Image in this listing is a stock photo and may not match the covers of the actual item,650grams, ISBN:9780333440292. Seller Inventory # 8752234

2. The Sea in Soviet Strategy