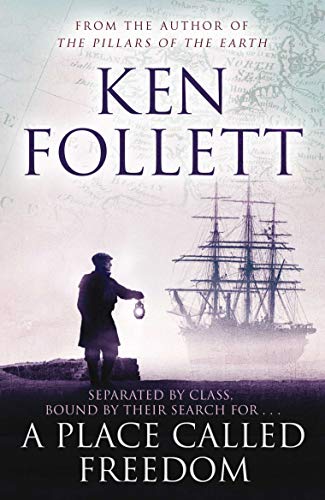 Set in an era of turbulent social changes, A Place Called Freedom is a magnificent novel from the undisputed master of suspense and drama, Ken Follett.

In a brutal world, charismatic rebel miner Mack McAsh – a slave by birth – is a man with the courage to stand up for what is right, and the strength to stick by his beliefs. Independent, rebellious Lizzie Hallim, meanwhile, is engaged to Jay Jamisson, the ruthless landlord's son and heir to an exploitative business empire.

Born into separate worlds, Mack and Lizzie are thrown together when Mack becomes an enemy of the state and is forced to flee his homeland. Lizzie aids his escape, and it is not long before passions rage in the old world as well as the new . . .

An idealistic young coal miner seeks a new life in London. But his adventure takes an unexpected turn in this transatlantic historical novel.